You are using an out of date browser. It may not display this or other websites correctly.
You should upgrade or use an alternative browser.
S

A woman, identified as Ruth Matthew, who had accused a church founder Prophet Jeremiah Fufeyin of kidnapping her child has confessed to selling the child. 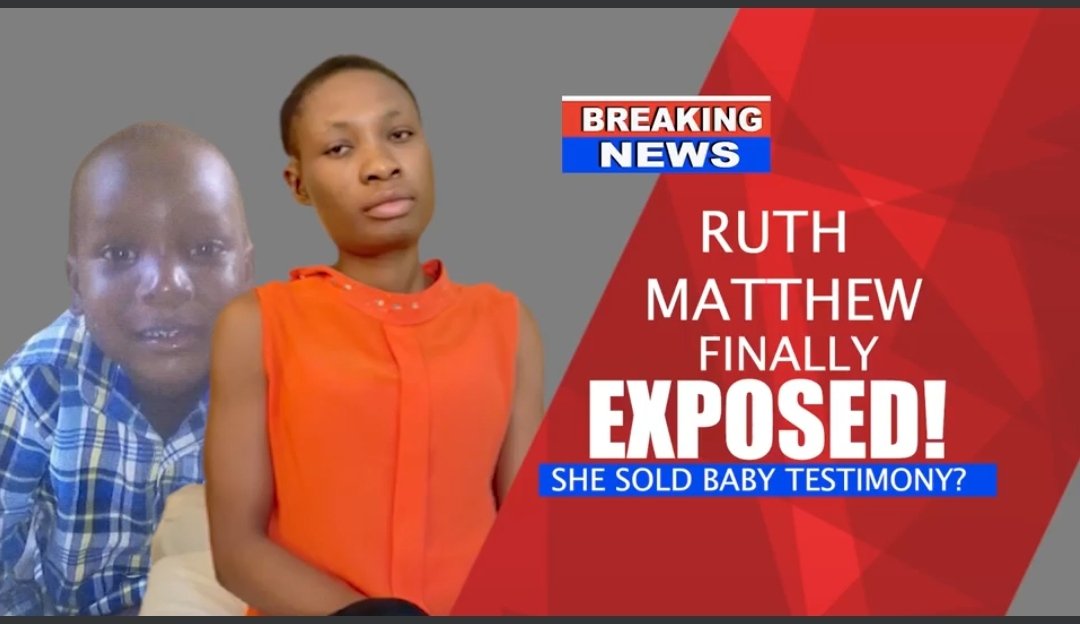 Matthew had attracted sympathies and attention after alleging that her child went missing at the Christ MercyLand Church in Warri, adding that the owner of the church, Prophet Jeremiah Omoto Fufeyin had a hand in the matter.

While the case was investigated by the Nigerian Police and currently in court, a video made available to journalists yesterday showed Ruth Matthew confessing that she sold her baby and seeking for forgiveness.

While her children were also been interrogated and cross examined in the video, the claims about the prophet being involved in the matter were denied in the presence of her younger brother Mr Joshua Matthew.


Earlier, a man, identified as Alfred Ayo, had appealed to the Federal Government to intervene in the case of his missing child, stating in a video posted on his Facebook page that Ruth Matthew, his wife and her lover connived to hide his child for the purpose of seeking undue favour.

Recall that the founder of Abuja based Human Right Radio, popularly referred to as Brekete family, Ordinary Ahmed Isa, who was at some point investigating the story slammed Ruth and her supporters over the case of the alleged missing child.
Isa, while speaking during a live programme on the radio station had said he won’t be used in pulling down anyone, stressing that the station would not be involved in cases that have iota of lies.

Reacting to the case Isa said the woman who brought up the case could not substantiate her claims and was also looking for ways to use the opportunity to move abroad.

While some people had accused the station of being bribed into dropping the case, Isa said most of the people accusing the station were only looking for cheap publicity and would have rather continued the case if they are able to substantiate it.

The development, which came up about three years, resurfaced recently as some pastors and NGO stood up to seek justice. The development had led the church to file a suite in court over the issue, stating that there was need to put final stop to the matter.