IPOB Crisis: Simon Ekpa launches own radio, may form his own group 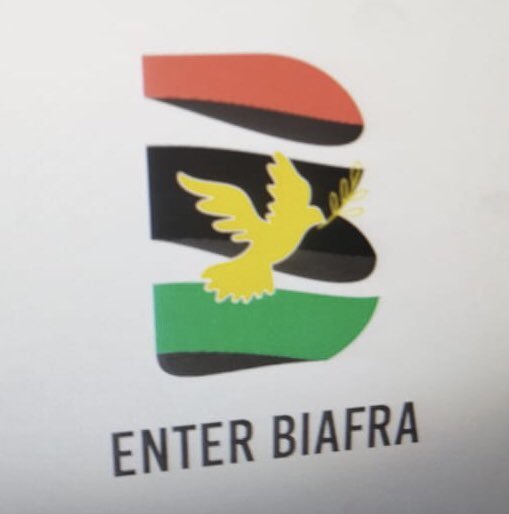 Chika Edoziem is the head of the Directorate of State, a powerful governing body formed by Nnamdi Kanu. One of its major principles is the "Command and Control" mechanism. An animal-farm-like mechanism used to manipulate the minds of its members. Erring, or more appropriately, independent-minded members are regarded as 'Sabos' for daring to challenge the mechanism. But here's the problem: despite heading such a powerful group, Edoziem is 'powerless' as he lacks the charisma and guts of Nnamdi Kanu. He's more of an introvert. Perhaps, his appointment was a deliberate action by Nnamdi Kanu to avoid a repeat of his sacked deputy, Uche Mefor. Kanu may have intentionally chosen a weak head of DOS so as to rule unchecked and still not be accused of being authoritarian.

Simon Ekpa on the other hand, though a one-man squad, is the complete opposite of Chika Edoziem. Even though he holds no position in the hierarchy - in fact he was recently disowned by the group - he wields more power over the members than the governing body, DOS. He's eloquent, charismatic and charming. His 'autopilot movement' swept away IPOB's 'Command and Control' mechanism. The 'weekly Monday's sit-at-home' order is a perfect example. Simon used 'autopilot' to savage Edoziem's 'Command and Control' until the center could no longer be held. This was the last straw that broke the camel's back.

If the massive loyalty, the attention, the prestige Simon Ekpa attracts put Edoziem's pride in the coffin, the autopilot movement nailed it. It was a massive blow to not just Edoziem, but the entire DOS hierarchy.

To checkmate this and clip Ekpa's wings, the DOS embarked on a campaign of calumny against Ekpa. Radio Biafra, a notorious propaganda machine set up by Kanu was hurriedly converted into a gossip mill where all kinds of calumnious reports were manufactured to tarnish Ekpa's image.

According to a source in the hierarchy, the campaign was designed to force Ekpa to surrender his support base to the DOS. This was the so-called conditions he was asked to meet. But Ekpa, being smarter refused, insisting he will broadcast on the radio without any condition. Angered by his defiance, Edoziem and his allies kicked him out of the station and subsequently disowned him publicly to humiliate him.

But Mr. Ekpa already knew that was coming. He and his top allies mobilized to create their own live streaming platform under a bigger banner called "Enterbiafra". A top source informed this writer that the platform is the final step before Ekpa's own group is formed.

Ekpa, the source revealed, at first didn't buy the idea of forming a splinter group. But as things began to get clearer and persuasion heightened, he gave in.
You must log in or register to reply here.