Tether Limited, the company behind the stable coin, USDT, has announced it has unfrozen and returned the hacked $33 million USDT to its owner, PolyNetwork.

Recall that hackers penetrated the Defi platform, PolyNetwork, and made away with over $600 million, including $33 million USDT, prompting Tether Limited to freeze the asset.

However, after much pleading, the hackers decided to return everything they stole, except for the frozen $33 million USDT.

Confirming the release of the funds, Tether tweeted:

After working closely with #PolyNetwork through the strict protocols to unfreeze the funds involved in the recent hack, Tether can confirm that the funds have been released today to the legitimate owners.

Freezing funds is not a matter we take lightly – in being the first to act, Tether demonstrated its commitment to security and continued vigilance in ensuring the community always comes first.
Click to expand... 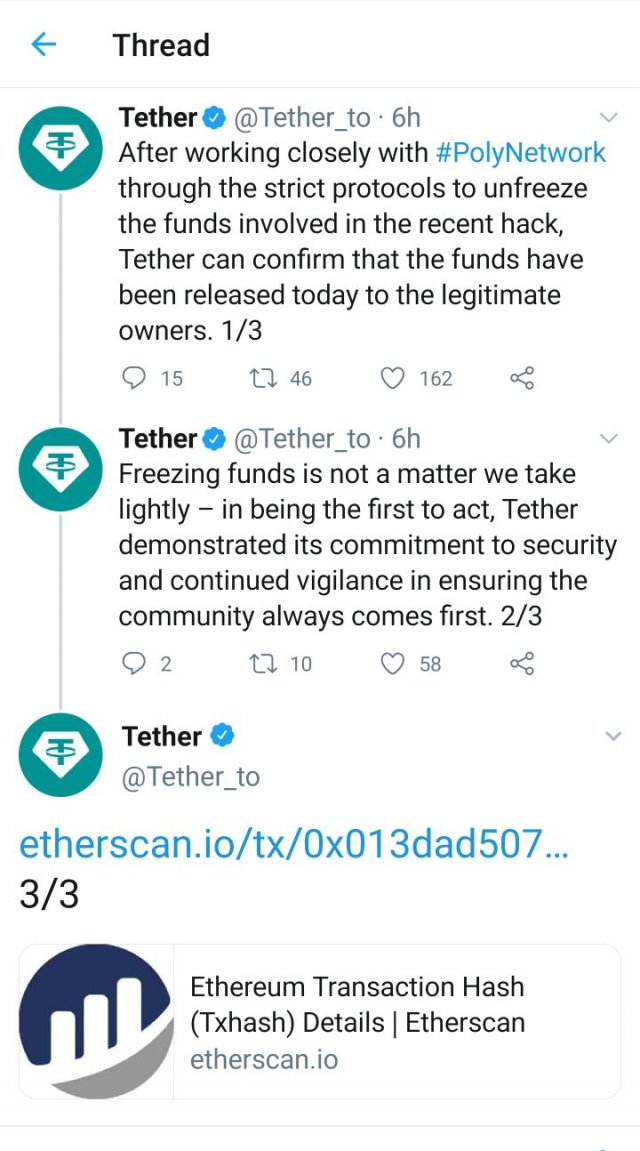