https://storefront.com.nghreads/vid...urning-trailer-loaded-with-goods-in-enugu.72/
Fresh facts have emerged on how IPOB/ESN members set ablaze a trailer loaded with goods worth millions. Genesis News had earlier reported that some hoodlums on Monday hijacked a trailer in Obukpa, Nsukka Enugu state. The trailer was later incinerated on the ground that it violated the sit-at-home order issued by the leadership of the Indigenous People of Biafra, IPOB. The order, however, has long been suspended, but factional leaders in the group's hierarchy continue to support and promote it.

An eyewitness who witnessed the incident has narrated what actually happened. While earlier reports narrated how the trailer was burnt, this fresh fact reveals more details.

According to the eyewitness, a popular Igbo figure on Twitter, Maazi Ogbonnaya Okoro,

"He was killed by his brothers, claiming to be freedom fighters.

He had the highest plastic and stainless shop in Eke Ọkpọsị. An Ezza man living in Ọnịcha Igboeze that you will not even know he's not from Ọnịcha. This guy started from nothing and became something.

He bought a big truck which he used to convey his goods from one place to the other. He had the biggest shop in Eke Ọkpọsị and every other markets in Ọhaọzara.

Monday was sit-at-home. He received a call and was told that sit-at-home had been cancelled.

He was told to go and supply goods.

On that very Monday, he left Ọnịcha-Igboeze with his 6 Ụmụ boyi only for them to be intercepted by some hooligans claiming to be enforcing the order and fighting for freedom.

This man was butchered and slaughtered like an animal including his boys at Anike-Ọnịcha before getting to Uburu. Only one managed to escape with wounds. His cars and goods were set ablaze.

The question is, who do us this? Are we going to get our freedom by killing ourselves?

If that is freedom I am not interested in it. I think these people using this avenue to perpetrate this evil should be held accountable. This is barbaric and condemnable.

How can you kill your brother, destroy him, destroy his goods and claim you are fighting for freedom?

I know this man in person. If you really know him, you will understand that he's a free man who doesn't look for trouble. He's a hustler and also a victim of bad leadership and everything everyone is passing through.

Now, the overzealous idiots have killed him,

claiming he faulted sit-at-home order. You that is going from road to road, looking for who doesn't sit-at-home are you not the one faulting the order? Why can't you too sit your ass at home as well? Who gave you work to kill your brother in the name of enforcing order?

Is killing him the best way to go about it?

You see me ba, I will never keep quiet when things aren't going well. I can't betray my conscience. This is pure madness. Maiming those you claim to fight for their freedom.

Exerting the same negativity you criticised external factors for. Arụ! How can you fight evil with evil? Nature will be against you.

Whatever you do must be in your head. If you spill the blood of your innocent brothers, it will never depart from your head and nemesis will surely catch up with you forever and ever. If you support evil, o so gị.

His name is Timothy. 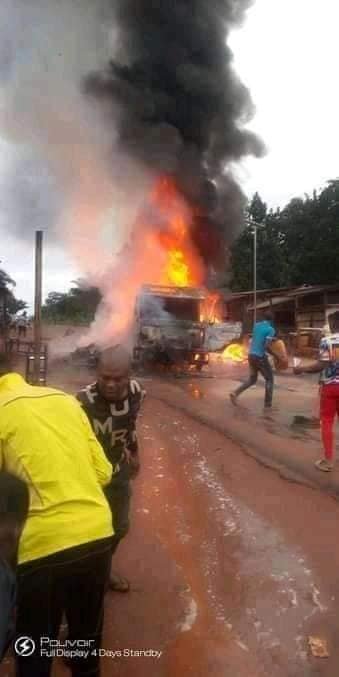